MEMORIAL DAY-WHAT DOES IT MEAN TO YOU? 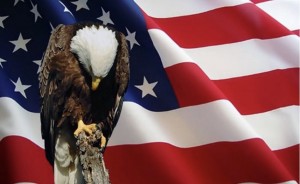 MEMORIAL DAY-WHAT DOES IT MEAN TO YOU?

HERE’S WHAT IT MEANS TO ME.

Sometimes it surprises me how many folks confuse Memorial Day with Veteran’s Day, but then again I really shouldn’t be that surprised by such things anymore. I think for people, and there’s quite of few actually, that are completely unaware or untouched by the military which would explain the confusion…I reckon anyway. Here’s a great example of what I’m talking about.

I’m a retired (20 years) US Navy Chief Warrant Officer, navy diver, bomb tech with several overseas deployments and 3 combat tours. Honestly, I had a great career and at 20 years of service I knew I was done, but that’s not the point. Point being, when some people find out that I receive a retirement check, and trust me it’s not all that much, they’re truly surprised…almost floored at the fact. It’s almost as if “how dare you get a retirement check”. Hey!, it seems fair to me that I get one regardless of the fact that I’m also 80% disabled. I won’t even go into how some think that us retiree’s get everything for free. I wish!!! So that just goes to show how uneducated some are. I prefer to think they’re uneducated as the other explanation doesn’t shed a positive light on such folks. It’s no wonder that people confuse Memorial Day with Veteran’s Day when they really do not even understand the basic tenets of the military and military service.

Rather than going into what should be the obvious differences of the two holidays in this blog, which was covered in a previous one anyway, I’ll discuss what Memorial Day means to me…a veteran.

Of the 40 employees within my company, Zero Point (SDVOSB), only a handful have never served or been a spouse of one that has. Of those that have served very few, if any, have not been personally touched by the loss of a fallen comrade. Personally, I’ve been to Arlington National Cemetery more than I care to remember and I do not mean as a tourist. Though I do strongly encourage those to visit, especially outside of any official ceremony. Point being, me like most of my team know all too well what Memorial Day means. We’re reminded of it all too often, sometimes it seems like weekly.

What makes Memorial Day even more special today, for me, are all our fallen brothers and sisters in arms that gave the ultimate sacrifice for the freedoms we all enjoy and did so while being volunteers. Let me say that again…volunteers, who gave their life for us. How remarkable!!! Of course those that were drafted and gave the same measure are no less regarded…just to be clear.

Several professions within the Department of Defense (DoD) are dangerous by nature, like bomb disposal, but sometimes just being in the military can be dangerous. If you were a postal clerk onboard the USS Indianapolis during WWII you probably didn’t survive, case in point. Just goes to show you never, ever know what dangers lie ahead regardless of branch and/or job.

As a volunteer, as I was, you understand or at least you should understand the potential dangers of military service. Of the men and women I worked with I’m pretty damn sure they all knew and still know the immediate dangers. Still they rise each and every day with the understanding of just that. Now maybe no one, or very few anyway, think they’re cashing in on the big lottery, but nearly all know the possibility. And still they stand the Watch or Post that few will ever know much less understand.

Memorial Day, in the above examples, is more straight forward than the other aspects of military service that ends up…well, “ending” outside of direct military service or combat. I’m talking suicide and other.
I, like so many other veterans, know so many that have taken their own life. The reasons for this are numerous and complex and not something I’m prepared to discuss in this forum, but suffice it to say it’s significant. I think this link says it all and I can do no better: https://www.22kill.com/

The nearly forgotten warriors after the physical fight is done. Those that still fight the toughest, most elusive, tenacious and ruthless foe of all…the internal and sometimes eternal battle of the mind. It seems much worse to me.

And then there’s this…

Maybe the worse slight of all. After all the dangerous training evolutions, deployments and missions a warrior is struck down by life’s circumstances. WOW! WTF!!! And this can be a number of things such as an illness or an accident. An illness I can get my head around and unless it’s an order of magnitude worse than the bubonic plague most warriors persevere, whether through medicine or shear will or both. However, when you’re taken out of the action we all call “life” by a careless accident, mostly by others…well that just gets in my craw.

I just recently, this week through social media, received news of a death of a man I use to work with, Bill Stalzer. One of the nicest fellas you’d ever hope to meet and tougher than woodpecker lips. I first met Bill after graduating EOD school back in early 1991. My first duty station was the RP. Sorry, for you youngsters that is the Republic of the Philippines, that’s where EODMU 5 use to be stationed before Guam.

I showed up a young, head strong (albeit wiry) buck and got stuck in Ops, that means more administrative that operating. What the fuck, over?! Well, Bill was the Leading Petty Officer in there. That’s means he wasn’t in charge per se, but got the job done none the less. Regardless, he was nice and encouraging. Translation, he didn’t call me a shitbag, turdfuck, worthless semendrip sailor…at least all the time anyway. Actually, he never called me any of that and that’s probably because he was so gracious as opposed to me being squared away.

Well, I went on to do good things and a few bad things, actually quite a few bad things depending on your moral outlook, but anyway I will always remember Bill as a physically rock hard, mentally stable, and morally directional individual more than any other operator or compass could ever hope to be.

Bill passed this week by while living his dream of riding a motorcycle around the planet, none the less. He was struck by a truck driver. Shame. I do not know all of Bill’s adventures and trials, but I do know of one that is historic…Mt. Pinatubo. He and I went through that eruption in 1991 and had to deal with the shit storms it created. Always a smile and an encouraging word was Bill. Me, less so probably.

So what does Memorial Day mean to me…everything. All my friends that have died protecting our freedoms within the BEST nation in the world, those that lost the after battle and those that just lost because it was apparently their time.

Sometimes I tire with all the loss, but I know if I hang my head those that watch over us would say…”Hey, slacker! Giddy up and get your weak ass in gear and start getting some shit done as I can’t hold your hand anymore…fuck nuts!”

Bill, my man, here’s to you and your unflinching service to us all. It sucks how you went, but I know you went in style and how you wanted it…doing what you loved regardless of what it was.

In closing, my piddly 20 years amount to nothing compared to those that gave their all, both during and after service. That’s what Memorial Day means to me.

I could easily place any number of warriors in this post and they all deserve more than I can commit, but I dedicate this post to William Stalzer as he was not only a good friend, but a good man and the most recent loss I know of…within the week.

I’d say have a Happy Memorial Day, but maybe that would be weird. Or would it? Maybe not so much. Our warriors gave their all so that we can enjoy our freedom. So maybe a “Happy Memorial Day” is the most appropriate of all. Enjoy your day off (unless you’re working like most of the military), appreciate your friends and family and most importantly be thankful for your hard fought freedom at the expensive of the courageous service members the day ask for.

And thank you Fallen Warriors!